One of the cornerstones of Michael's management philosophy is fun. The Brumby's in-house band was formed in 2003 by a number of team members for charity fund raising and team building. The band played the Brisbane Entertainment Centre 3 times as part of the Cerebral Palsy League's Boardroom Blitz and during that time was know as "Talking Breads", "The Grateful Bread" and Bread Zeppelin"

The band played a number of Brumby’s conference for franchisees and in 2005 played the Queen Street Mall with Angry Anderson to support Care Australia in the launch of World Food Day. The band was a big success for Brumby's, by boosting team culture, providing significant Brand PR and supporting a number of deserving charities. 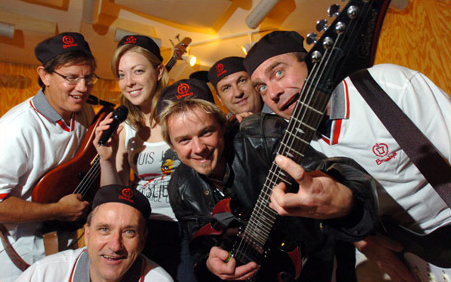 Register below to receive your FREE digital chapter of the much anticipated Jumpshift!, a new book by Michael Sherlock and Alan Anderson.